For anyone who treats haematological malignancies, myeloma is a challenging disease to tackle. Although outcomes have vastly improved over the past decades, it remains incurable with a relapsing-remitting pattern of illness.

Myeloma is a clonal malignancy of plasma cells, the terminal differentiation stage of B-lymphocytes. It usually develops from a premalignant state known as monoclonal gammopathy of undetermined significance (MGUS). The majority of patients will have a detectable monoclonal immunoglobulin which may be intact or be composed of free lambda or kappa light chains. 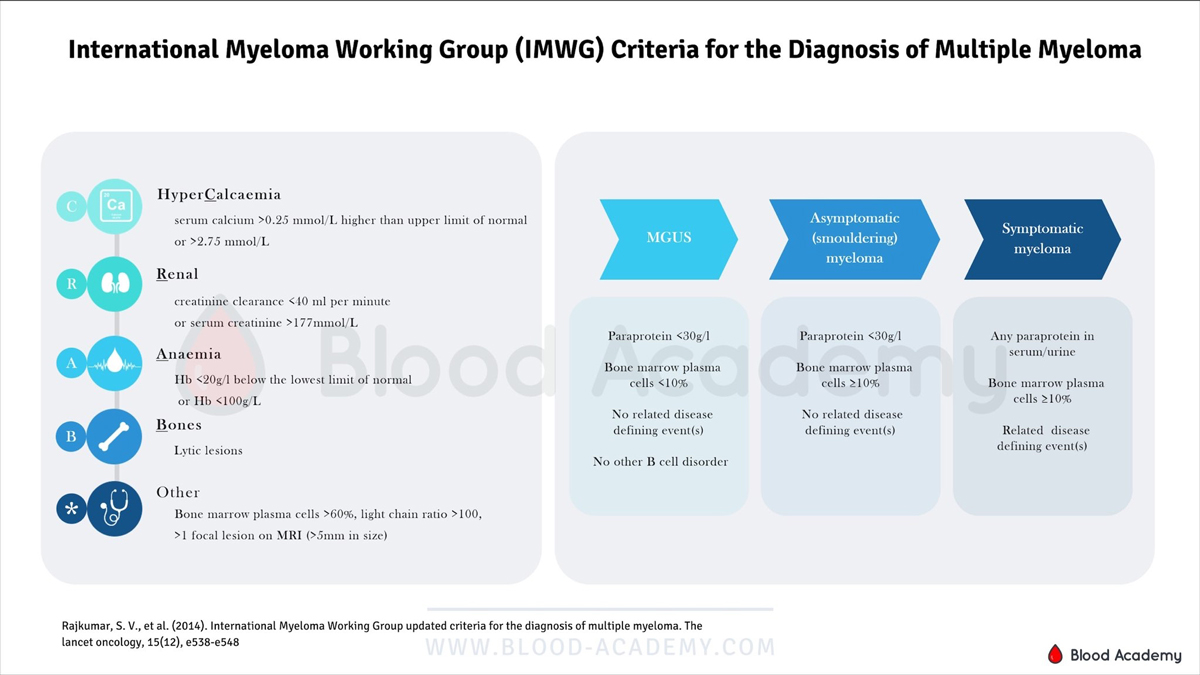 What is plasma cell leukaemia?

Plasma cell leukaemia (PCL) is rare but generally more aggressive plasma cell malignancy than myeloma. It is often associated with poor-risk cytogenetic markers such as del17p hypodiploidy and t(11;14). CD56 is also usually absent in PCL, commonly expressed in myeloma. It may occur de novo, known as primary PCL. Secondary PCL develops from existing myeloma and often occurs in the context of patients treated with multiple lines of therapy.

The prognosis of PCL is poor; historically, median survival was only 6 to 11 months, with up to 28 per cent dying within the first month after diagnosis. Survival was even shorter (two to seven months) when PCL (secondary) occurred in the context of refractory or relapsed multiple myeloma.

The diagnostic criteria of PCL defined by the WHO depends highly on the identification and enumeration of plasma cells in the blood. To fulfil the criteria, the following must be present:

Is the WHO definition of PCL too strict?

Just this month, the IWMG published a position paper based on retrospective data to re-evaluate the definition of PCL. Although the data was derived from only two studies (Spain and USA), they showed similar results when examining the influence of circulating plasma cell (CPC) % via morphological analysis of blood smears.

The results are summarised below. 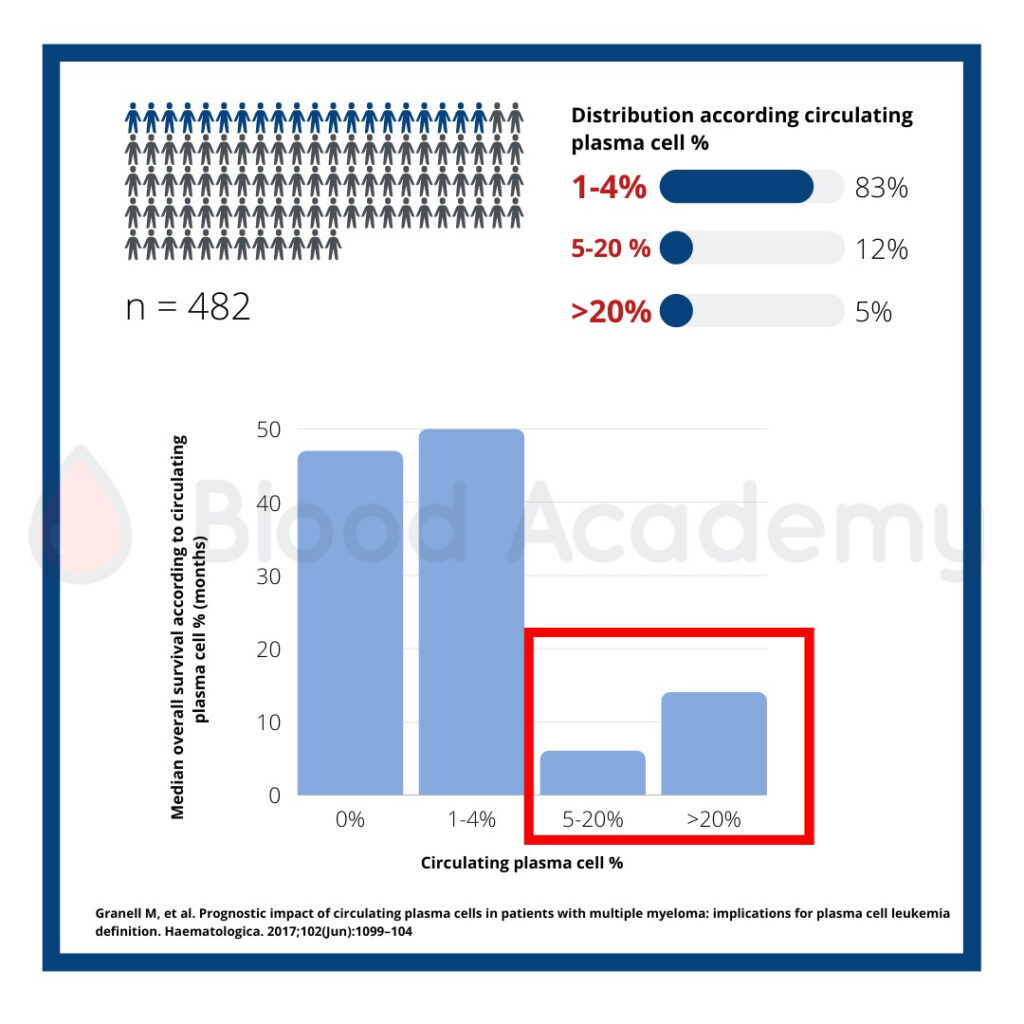 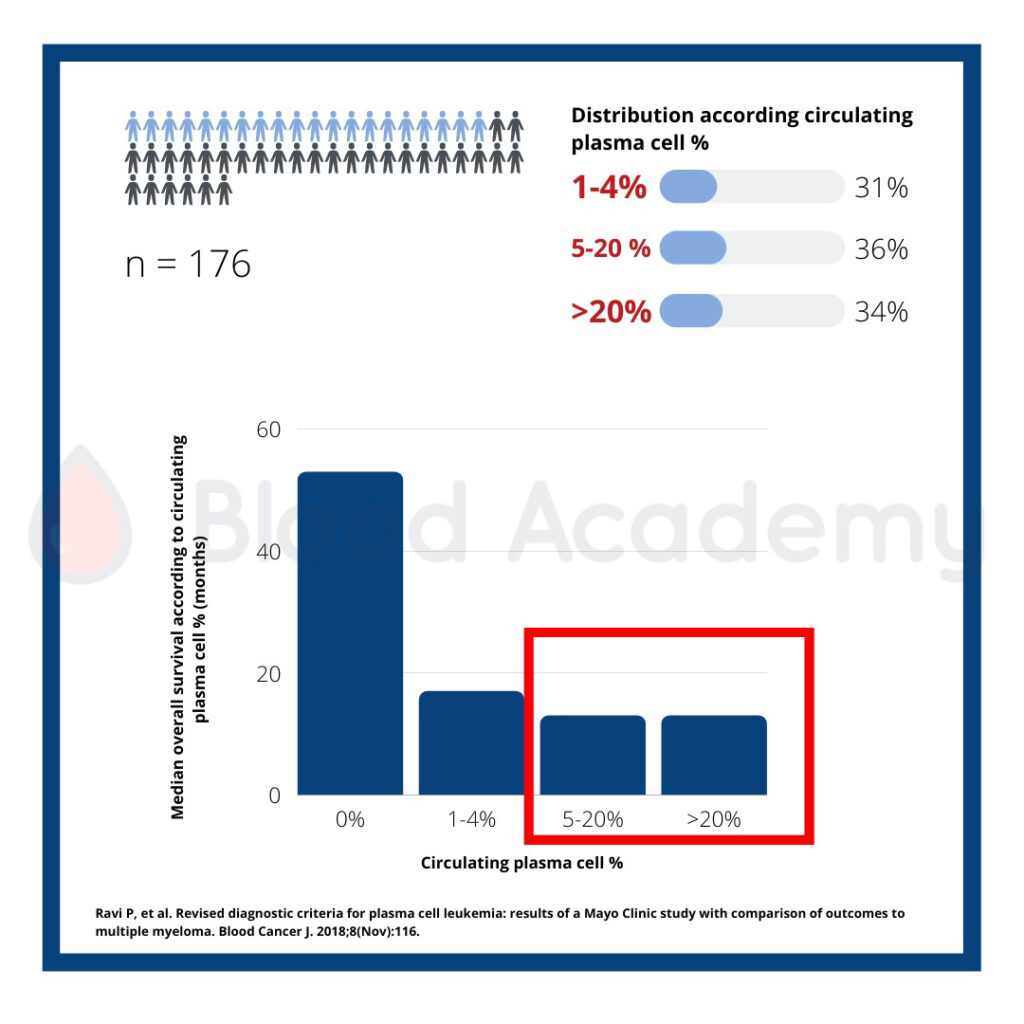 Along with the retrospective nature of the data, another limitation was the limited use of agents and autologous stem cell transplantation. Such treatments may mitigate the poor outcomes in patients with ≥5% CPC’s.

The IMWG has hence recommended that primary PCL should be defined by the presence of ≥5% CPC’s in peripheral blood smears in patients otherwise diagnosed with symptomatic myeloma.

It is hence essential that all patients with newly diagnosed symptomatic myeloma should have a blood smear carefully examined to enumerate the CPC’s to guide prognosis and treatment. 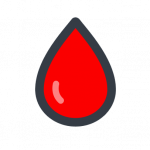 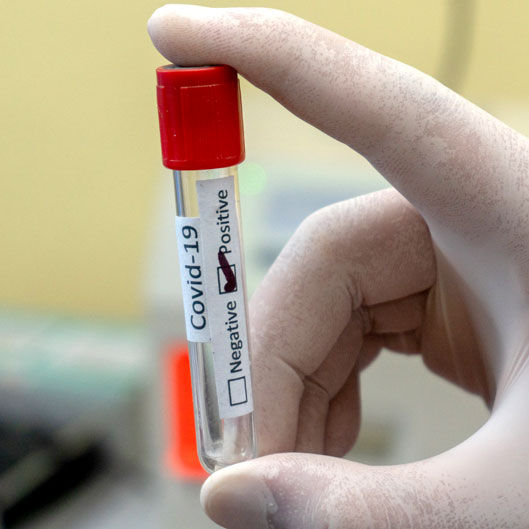 A 39 year old male presented to A&E with shortness of breath, the patient had been feeling lethargic, generally unwell and short of breath for several weeks since having his AstraZeneca COVID 19 vaccine but was now short of breath when at rest and unable to walk upstairs.

Automated digital analysers of blood smears has been on the rise due to the ever-progressing field of digital image analysis (by means of machine learning).… 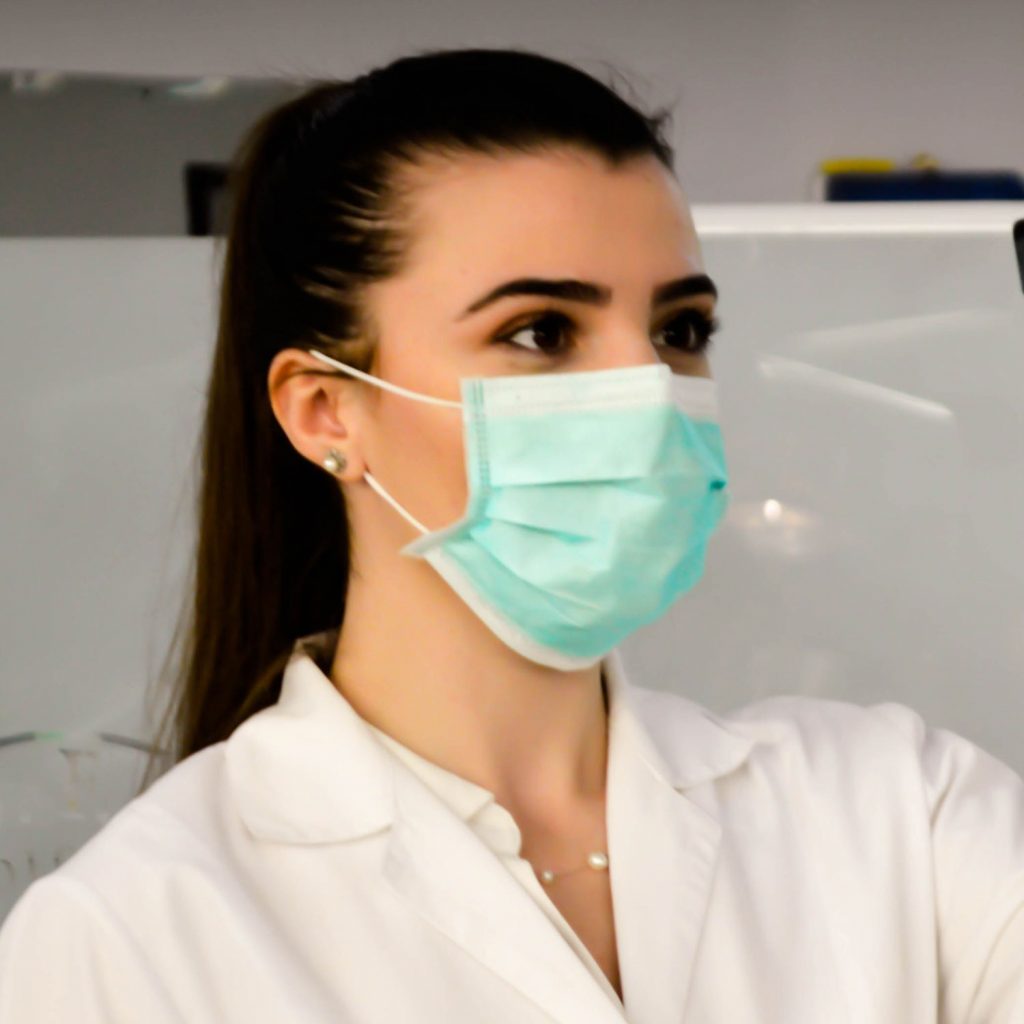 COVID-19, a disease caused by a virus SARS-CoV-2, was first detected in patients in Wuhan China in November 2019. Since then SARS-CoV-2 has been detected… 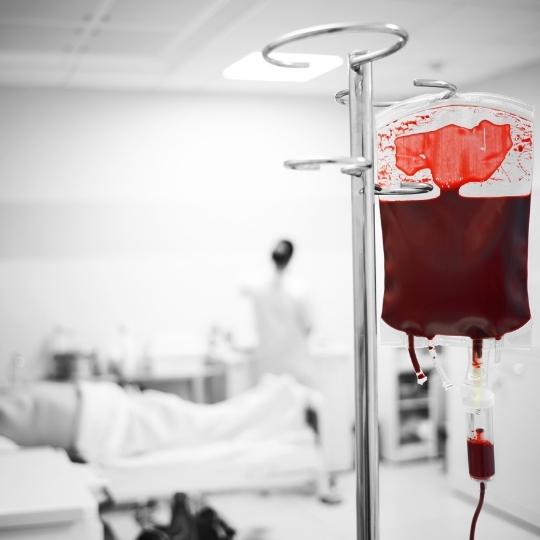 Necessity is the mother of invention, a phrase that best describes the evolution of blood product manipulation. This phrase is especially true for irradiation and…

It is typical for the blood smear morphology of patients to be affected significantly when they are presenting with severe viral infection due to the massive co-ordinated response of immune blood cells, such as lymphocytes, neutrophils and platelets.

admin December 8, 2020
0 Comments
We use cookies to enable helpful features and collect information about how well our website and advertising are working.
Accept all cookiesManage preferences
Manage consent

This website uses cookies to improve your experience while you navigate through the website. Out of these, the cookies that are categorized as necessary are stored on your browser as they are essential for the working of basic functionalities of the website. We also use third-party cookies that help us analyze and understand how you use this website. These cookies will be stored in your browser only with your consent. You also have the option to opt-out of these cookies. But opting out of some of these cookies may affect your browsing experience.
Necessary Always Enabled
Necessary cookies are absolutely essential for the website to function properly. These cookies ensure basic functionalities and security features of the website, anonymously.
Functional
Functional cookies help to perform certain functionalities like sharing the content of the website on social media platforms, collect feedbacks, and other third-party features.
Performance
Performance cookies are used to understand and analyze the key performance indexes of the website which helps in delivering a better user experience for the visitors.
Analytics
Analytical cookies are used to understand how visitors interact with the website. These cookies help provide information on metrics the number of visitors, bounce rate, traffic source, etc.
Advertisement
Advertisement cookies are used to provide visitors with relevant ads and marketing campaigns. These cookies track visitors across websites and collect information to provide customized ads.
Others
Other uncategorized cookies are those that are being analyzed and have not been classified into a category as yet.
SAVE & ACCEPT

Please confirm you want to block this member.

You will no longer be able to:

Please allow a few minutes for this process to complete.

You have already reported this